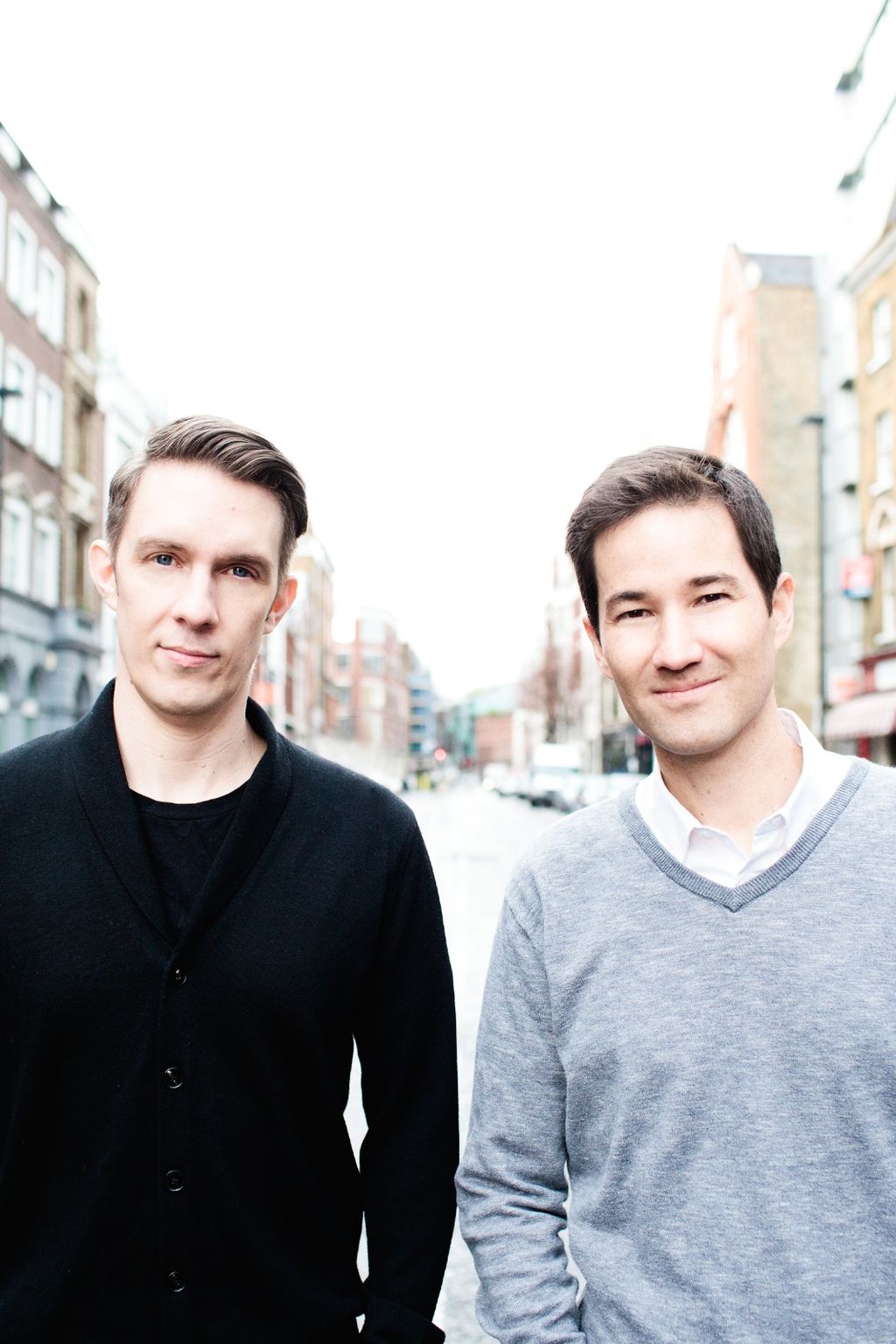 In the arts and in business, we always crave what we can’t predict. Geoff Northcott and Ron Peterson from AKQA explain

One of Japan’s leading architects, Tadao Ando, believes the human race lives for the unexpected: “Over the course of history, time and time again, a pattern reveals itself: innovations eventually become conservative before ultimately clashing with subsequent innovations.”

In the mid-Nineties, a British psychologist named John Sloboda conducted a research trial to see if there was any commonality between passages of music that induced goose bumps, the hair-raising sensation when a song really grabs us. Contrary to his expectation, Dr. Sloboda was able to determine that the vast majority of those spine-tingling passages had a common element, a particular type of note called appoggiatura.

The trick behind appoggiatura’s unique ability to make us feel is the creation and resolution of musical tension, the building of anticipation before the cathartic release. Further research has gone deeper and identified even more commonalities, such as abrupt changes in volume or unexpected shifts of melody or harmony. What’s most fascinating is that all of these elements had one universal truth: they were based in surprise. They took our minds and senses to a place we weren’t expecting.

This element of surprise as a key to making memorable and emotional experiences isn’t just unique to music. Our favourite films have maximised the impact of surprise, from the moment we realise Keyser Soze’s true identity in The Usual Suspects, to the vertigo-inducing conclusions in David Fincher’s films such as Fight Club, Se7en and The Game. Each time we experience the shock of realization, and our senses go on full alert, imprinting that moment deep into our memories, creating unforgettable experiences and a sense of wonder.

God is in the details

‘Structured and predictable’ versus ‘chaotic and unexpected’. It’s an interesting matchup, but Henri Poincare’s ‘Chaos Theory’ tells us that chaos will always prevail. And to design the unexpected, the world’s leading organisations will always need to embrace the inputs of chaos.

People are designed to crave the unexpected

In management school, future business leaders are often taught to focus their energy on the larger matters. The 80/20 rule. ‘Don’t sweat the small stuff.’ But much akin to Edward Lorenz’s butterfly in Tokyo whose wings create a tornado in Texas, it’s often the small stuff that spirals into a chaotic business nightmare. And rather than ignoring the details, it is these very details that make or break any competitive advantage a business may have.

We now see the leading brands across the world paying more attention to detail than ever before. Detail is knowledge. Knowledge is personalisation. And personalisation is service. Audi USA has transformed their website into a dynamic experience powered by data. Every action you take moulds a personalised navigation all powered by a recommendation engine relentlessly focused on the details. The Nike+ Kinect Pro Training Xbox game uses Microsoft Kinect to analyse the minutiae of your every physical move to help you train, making you a better athlete. Google’s author rank and search algorithm continues to get sharper, more detailed, and more intuitive as every data point across their ecosystem of YouTube, Google Plus, Maps, Google Search, and others help create a more personalised experience for you. More details. More unexpected. More advantage.

As the ever-disruptive architect Mies van der Rohe once said, “God is in the details.” With the products you create or the services you provide, how are you mastering the details with ‘God-like’ care? How are you designing the unexpected for your customers?

Once you start looking for the unexpected, you can find it everywhere in great art and amazing experiences. Take Heston Blumenthal’s molecular gastronomy concoctions, such as marrying caviar and white chocolate, which surprise and delight our palate and our minds. Or his Sound of The Sea dish, which pairs seafood with an iPod that brings you the sounds of the ocean to enhance the sensory experience.

The element of surprise is why despite audience fragmentation everywhere else across the media landscape, live TV is bigger than ever. February’s SuperBowl XLVII between the Seahawks and the Broncos was the most viewed broadcast in U.S. television history, with over 112 million viewers. Last year’s Oscars was the most watched entertainment show in three years. People tune in to be part of a shared cultural phenomenon, and also because they don’t know what will happen and with the pressure and hype usually something memorable will result. From a historic game-ending play to a wardrobe malfunction that reveals more than intended, our brains gear up in anticipation that on any given day anything is on the cards.

Of all the entertainment formats, gaming might just be the master of surprise. The term ‘Easter Egg’ was coined at Atari, when Warren Robinett hid an object in his 1979 console title Adventure that unlocked a secret message. Ever since, games from Super Mario World to World of Warcraft have used hidden levels and random loot drops to hook us in and keep us coming back for more. Much of contemporary gamification theory is based around optimizing the exact frequency of surprise rewards that will most effectively jolt our neurons and release those hits of dopamine that keep us coming back for more. Many of today’s blockbuster games go beyond packaged surprises and put us in the moment with live multiplayer action that offers suspense and heroics that echoes professional sports.

The role of anticipation alongside surprise in heightening our emotions has actually proven to be true scientifically as well. As reported by Harvard Business Review, researchers at Baylor and Emory universities tested the neural response to pleasurable stimuli, using sequences of juice and water. In contrast to what happens when we can predict a reward, the unpredictable patterns lit up our brains “like a Christmas tree” on the MRI scans. As Dr. Read Montague notes, “That suggests people are designed to crave the unexpected.”

So how can brands take inspiration from the ever-present use of anticipation and surprise by the media that delights us most?

Start with Siri, Apple’s cheeky voice-activated virtual assistant. As of this writing, searching for the words ‘siri’ and ‘funny’ results in 19,900,000 results, and ‘siri’ and ‘easter egg’ another 385,000. It’s turned into a collaborative game that anyone can play to find the funniest things Siri will say in response to a query or statement. From artificial intelligence in-jokes (“Open the pod bay doors”) to the positively morbid (“I need to hide a body”), Siri is ready with a quip when you least expect it.

Google is no slouch when it comes to the unexpected either. Google.com is the most valuable real estate on the web, but also home to a fantastical parade of surprise illustrations, mini-games and interactive experiences fashioned out of the Google logo. As a result, part of the fun of visiting Google every day is you never know what you might see next.

The lesson for all brands is simple: take the every day beyond the obvious to create resonance with your audience, create anticipation and delight with surprise to make their experience of you unforgettable.

Employees, clients, and consumers all crave ‘the unexpected’. Having a joint share in ‘the unexpected’, (ie: the revenue and the losses), provides incentives to employees of any organisation. It is no surprise business-leaders employ a variety of techniques to share the suspense of the ‘unexpected’ in hopes of garnering a more motivated workforce. Silicon Valley start-ups provide stock options; traditional businesses may share sales commissions; or in an extreme case, progressive companies like Zappos will share the unexpected via organisational holocracy restructures.

But much further than internal rewards, the organisations that share the ‘unexpected’ with their clients and customers are the ones who truly benefit. The hand-written notes an Airbnb host leaves their guest is one of the most memed Airbnb images across the web. The delightful touches of personalised packaging Mr. Porter provides its customers are priceless.

One of the world’s leading architects, Tadao Ando, describes his approach to art saying, “I want to create some space that people haven’t experienced before, and if it stays with them or gives them a dream for the future, that’s the kind of structure I seek to create.” The ‘unexpected’ surprises. It shocks. It imprints. It terrifies. It delights.

But above all, it is a primal trigger that we love, we remember, and share. It inspires us to journey new places–the road less travelled.