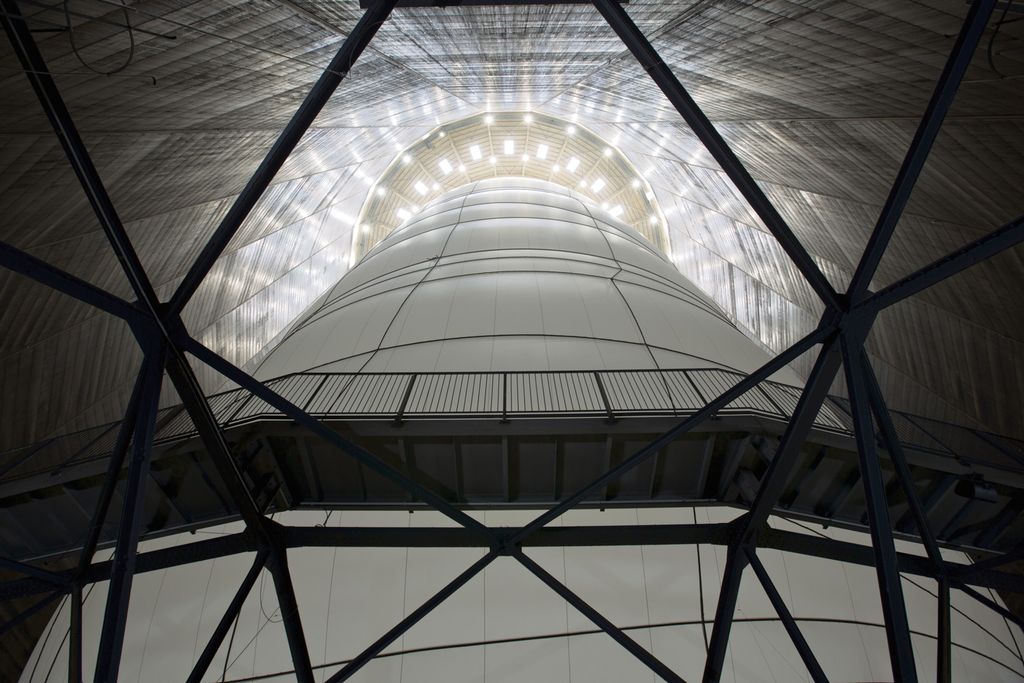 INFLATED SHOW OF AIR AND LIGHT

Christo returns to Germany for a retrospective of his and the late Jeanne-Claude’s work of the last 50 years. Emanuele Norsa reports

In April 1999, a huge wall of 13,000 coloured oil barrels was installed at one of the largest gas holders in the world, located in the industrial area of Oberhausen, Germany. The wall was created by Christo and Jeanne-Claude, the American-Bulgarian-French duo who from the beginning of the 1960s had attracted international attention with their large-scale installations. They were returning to Germany after having wrapped Berlin’s Reichstag parliament building with some 100,000 square meters of fabric in 1995.

This year, until December 31, Christo is back at the Oberhausen Gasometer with an impressive new project and a show of his complete works since 1961. For the first time, he is alone in this new adventure following the death of Jeanne-Claude in November 2009, four years after having seen The Gates installation, created for New York’s Central Park, realised in 2005.

The Big Air Package, as the new installation at the Gasometer is named, relaunches the artist’s interest in large air structures, which he first developed with his partner in 1966 and then at the 1968 documenta IV exhibition in Kassel. The work consists of a tall white inflatable structure that can be experienced by the visitors both from the inside and the outside. The package is made of a special translucent fabric that allows the light to penetrate, producing a transparent effect. Christo himself was astonished by the result and by the fact that, for the first time, he managed to create an installation that spectators could enter in. “That inner space is probably the most unique aspect of all the air packages that we have done since 1966. When experienced from the inside, that space is almost like a 295-foot-high cathedral,” he says.

When experienced from the inside, that space is almost like a 295-foot-high cathedral

While Christo and Jeanne-Claude found international fame through installations in main attractions, such as the Duomo in Milan, the Pont Neuf in Paris and Central Park in New York, the Big Air Package in Oberhausen gives the viewer, who is willing to travel all the way to the middle of the industrial Germany, a sense of discovery, amplifying further the experience of the visit. In addition, the artist decided to install a well-presented exhibition of original drawings at the entrance of the building and pictures from all the main projects he has created since 1961, making the trip to Oberhausen absolutely worth it.

When lying down on the white cushions placed on the internal floor of the massive white structure of the Big Air Package, it is impossible to avoid fantasising about the possible real meaning behind all Christo’s works of art and specifically this latest installation. Nevertheless, it is Christo himself who gives an answer in the catalogue published specifically for this event: “All interpretations of our works are legitimate, but there is no purpose other than to create something beautiful. Jeanne-Claude would always say ‘we only do works of joy and beauty’. For me, anything that has meaning is propaganda. Is meaning art? Or isn’t art about aesthetics?”