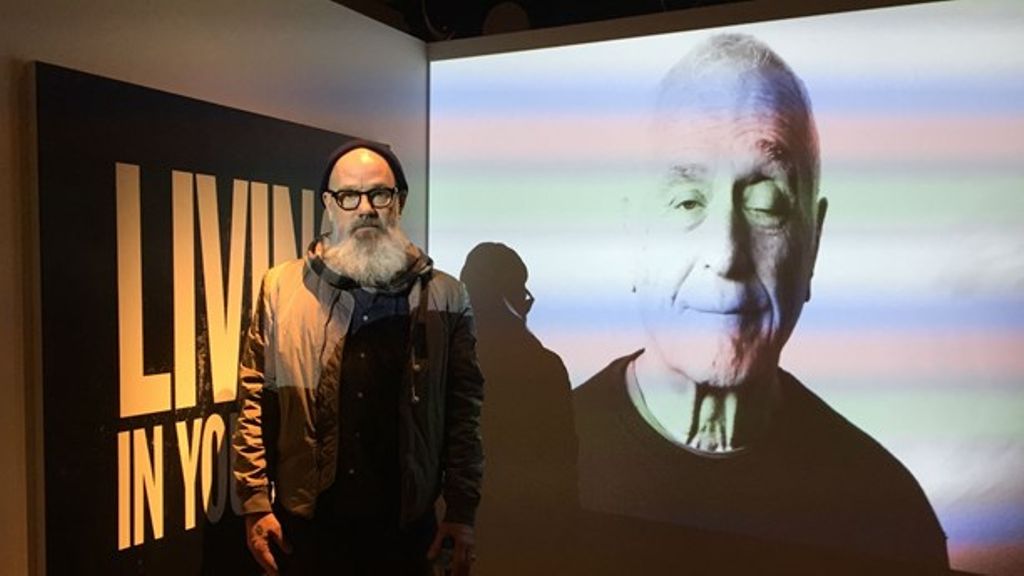 MICHAEL STIPE AND MENTORS AT CFHILL

He is one of the worlds most famous music writers and rock stars that now has moved on to the art world. When Michael Stipe, lead singer of R.E.M entered his parallell career as an artist he got support from his mentor John Giorno. He is now in Sweden for a group show at CFHILL where the theme is mentors.

R.E.M got recognition all over the world with their super hit "Losing My Religion" in the early 90s. Then R.E.M. dissolved some years ago, but the lead singer Michael Stipe continued to develop his art. In the group show at CFHILL Stipe has filmed his mentor John Giorno straight up and down as he sits and listens to a song. On display are also a book cover and a number of tapes in bronze, as a reminder of music's constant presence in his life.

You are part of a group exhibition with 21 artists, what do you think about the show?

It’s a really good exhibition. I knew some people from before that were going to be a part of this show but there were also a lot of artists that I did not know were going to be in it, which is very exciting.

Why are you in this show?

Because Rick Herron (the curator of the show) asked me to be in it. He had seen my video with John Giorno when it was exhibited at Palais de Tykyo in Paris last year. It was a part of a show, a retrospective with love letters from Giornos boyfriend. Rick saw the piece and I think he really liked it and wanted it to be a part of this show. It comes natural since he has been my mentor and that is what this show is a bit about.

Yes, in that video you are filming John Giorno as he sits and listens to a song in which you salute him with a capella. How did you come up with that?

The idea came from a dream. In the dream I asked John if I could videotape him as an hommage to the Warhol screen tests for the final song ever to be realized by R.E.M. And he said yes. And in the same dream I also asked Kirsten Dunst, who is my next door neighbor if I could do it. Then I woke up and thought that ”this is a weird dream”. But I decided to ask them and they both said yes.

How is the art world compared to the music world?

It is two different worlds. As an observer and as an outsider I really enjoy the art world. I find great inspiration even though I don’t see myself as an insider.

But do you see yourself as an artist?

I see myself as an artist but I don't think the art world sees me as an artist. Which is fine. It allows me to be in a show like this with a little less pressure on me. I can just make what I make and people can either like it or not.

In this show there are 3 different artworks by you, each in a completely different medium. Which are you most excited about?

The book cover is the piece I’m most excited about. That’s what I am working with right now. I’m fascinated with where analog and digital come together and don't come together. With the book cover I have taken an emoji of a whole and I uploaded it to human size. Im using both a digital and an analog way of representation that don't talk to each other. It is two systems that are trying to work together but neither of them are succeeding. That’s the image that you will see.

The show is curated by the New York-based independent curator Nick Herron and runs from December 8 – January 6 at CFHILL, Norrlandsgatan 24. 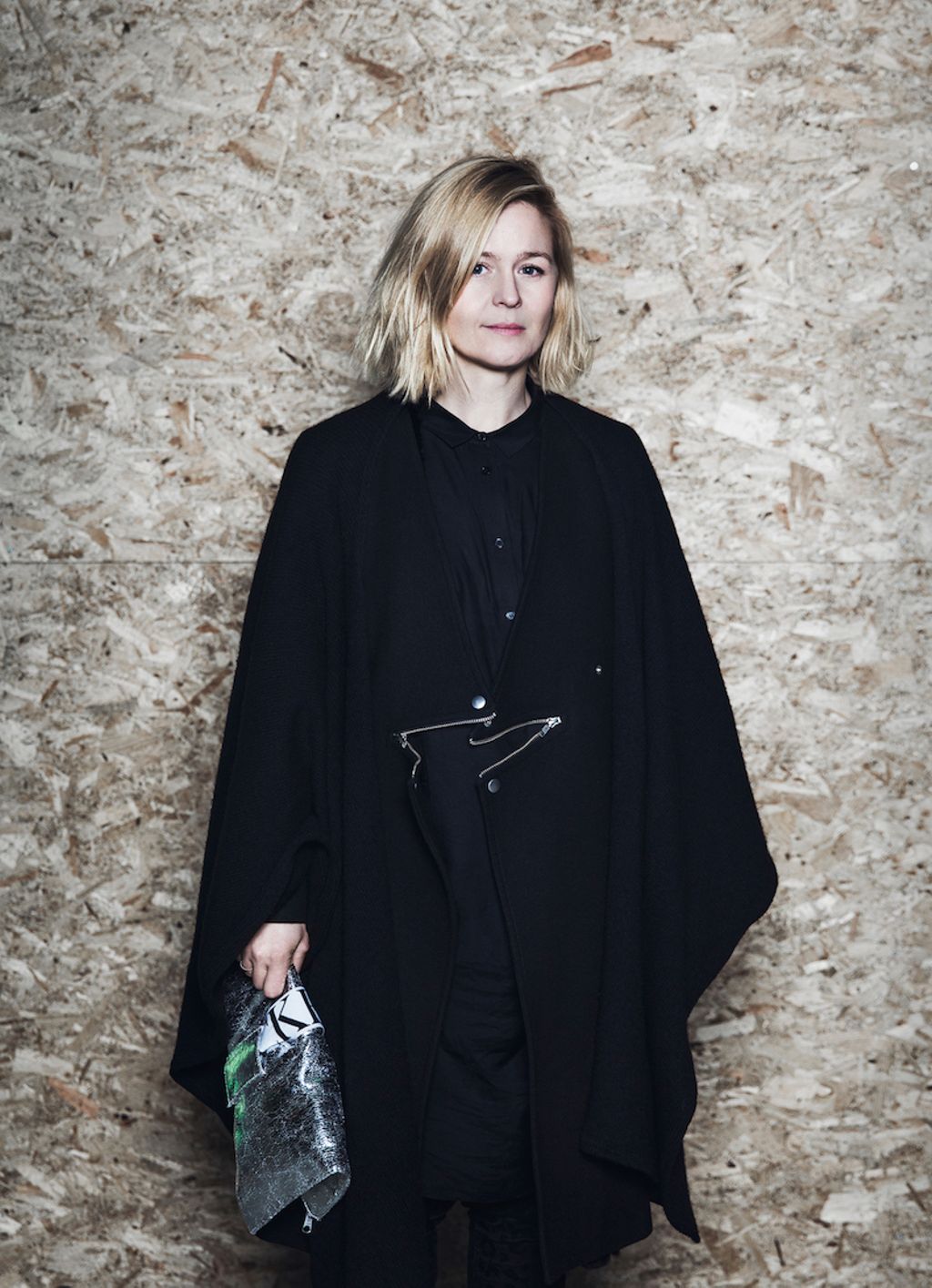 The Story of Steinsland

Artworks had a chat with one of the two master-minds behind Stockholm's most visited gallery.
6 min read 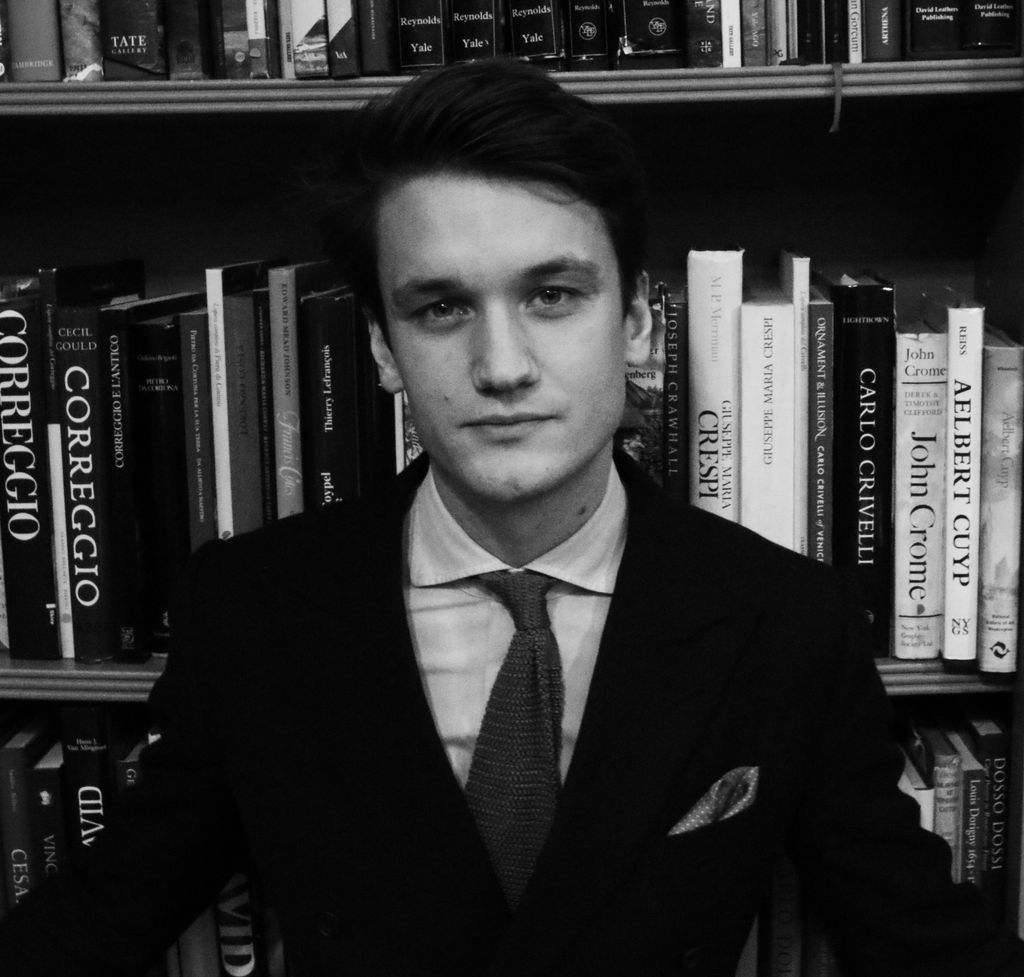 How to get a job in the Art World

After duty at Lars Bohman Gallery, Carl Kostyal and Christie's, Jakob Göransson has relocated to London to work for art advisory and dealer Simon C. Dickinson, Ltd. Despite his young age and the coolness of contemporary art, Jacob has come to specialise in “old masters”.
2 min read

The Story of Steinsland

Artworks had a chat with one of the two master-minds behind Stockholm's most visited gallery.
6 min read

How to get a job in the Art World

After duty at Lars Bohman Gallery, Carl Kostyal and Christie's, Jakob Göransson has relocated to London to work for art advisory and dealer Simon C. Dickinson, Ltd. Despite his young age and the coolness of contemporary art, Jacob has come to specialise in “old masters”.
2 min read