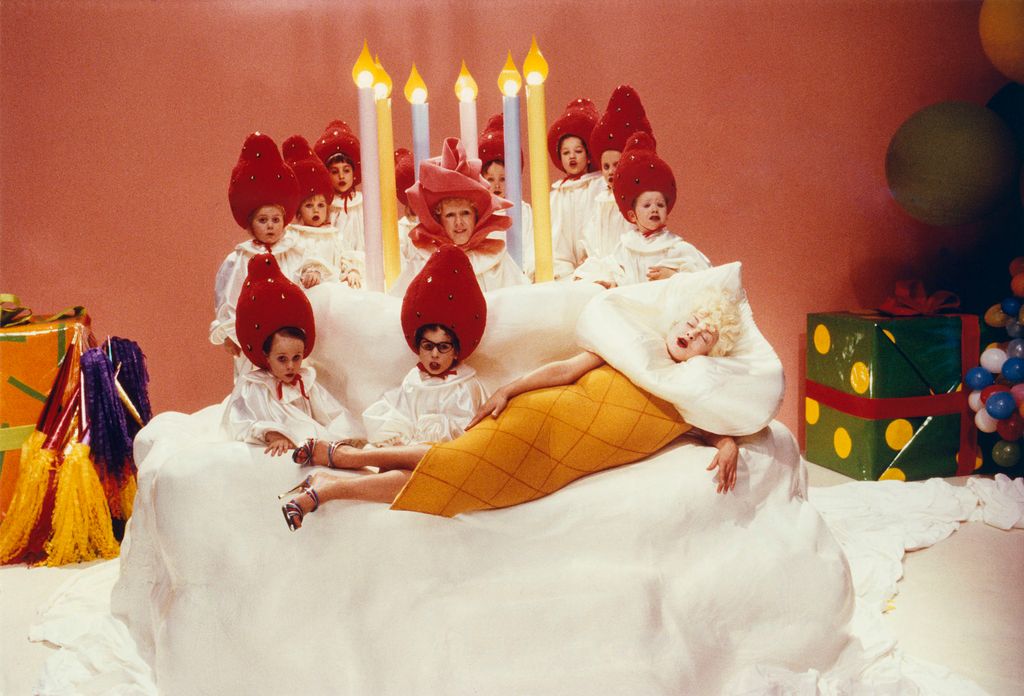 SIT BACK AND RELAX WITH MARIE-LOUISE EKMAN

An ambitious film programme, free to watch of course, rounds off the largest show to date of works by Marie-Louise Ekman. We met up with Ulf Eriksson of Moderna Museet.

Marie-Louise Ekman’s oeuvre might not be to everyone’s taste, but she is certainly a distinguished figure on the Swedish cultural scene. Always, an artist in her own right, she has also held leading positions at a couple of respected institutions: Vice-chancellor of the Royal Institute of Art and Artistic Director and Managing Director of the Royal Dramatic Theatre (Dramaten), both in Stockholm.

Her grand exhibition at Moderna Museet is a rare opportunity to engage with Marie-Louise Ekman’s extensive body of work. Since the late 1960s she has alternated with ease between painting, sculpture, film and drama. During the last couple of weeks of the show the museum focussed on her TV and film production. An impressive film program has been complied by curator Ulf Eriksson. He sat on the museum's sunny terrace with Jenny Danielsson and they had a lunchtime chat with about this giant within Swedish contemporary art.

This show has received some very good reviews. Critics have pointed out how interesting it is to be able to study her long career, on such a vast scale. The reception has been very positive in the galleries, here at the museum too. A wide audience, spanning all ages, has really engaged with the show.

How would you describe the show?

A fantastic retrospective of Marie-Louise Ekman’s long career, stretching all the way from the early stages up to the present day. She portrays a life’s journey, from girlhood to becoming a woman, motherhood, caring for her elderly parents and seeing her grand children growing up. Her work encompasses all the various relationships that are included in a life. She also presents 70 new paintings.

What sort of a filmmaker is Mare-Louise Ekman?

Unconventional. She is a free-spirited artist who goes her own way. I wouldn’t know whom to compare her with as a visual artist, nor as a film maker. Her debut as feature film director was with The Elephant Walk, in 1979. It is a very strong film where the young girl in the lead is exposed to every childhood fear I can remember. Ekman wanted to widen the range of feelings a young film character could experience, trying to get away from what she saw as a distorted Romantic view of children’s emotional lives in contemporary culture.

Tell us about some of the highlights of the film programme?

To start with, Marie-Louise has been very involved in the process of putting the programme together. Our ambition has been to show the wide range of productions she has made. The Secret Friend, 1990, is a personal favourite featuring amazing performances by Ernst-Hugo Järegård, Margaretha Krook and Gösta Ekman. The ten-part TV series The Art School, 1990, is great and the short film Mother, Farther and Child, from 1977 is a brilliant debut.

By the way, where will the event take place?

It will take place in the large Auditorium at Moderna Museet as there has turned out to be a great interest for Ekman’s films. We are currently putting together a panel for a talk with Marie-Louise Ekman, who has been such an inspiration to so many Swedish artists and film makers.

Mark your calendar for 2-3, 9-10 and 16-17 September. The film programme, free and open to all, rounds off the largest show to date of works by this famous Swedish artist. The last day of the show is September 17, 2017.