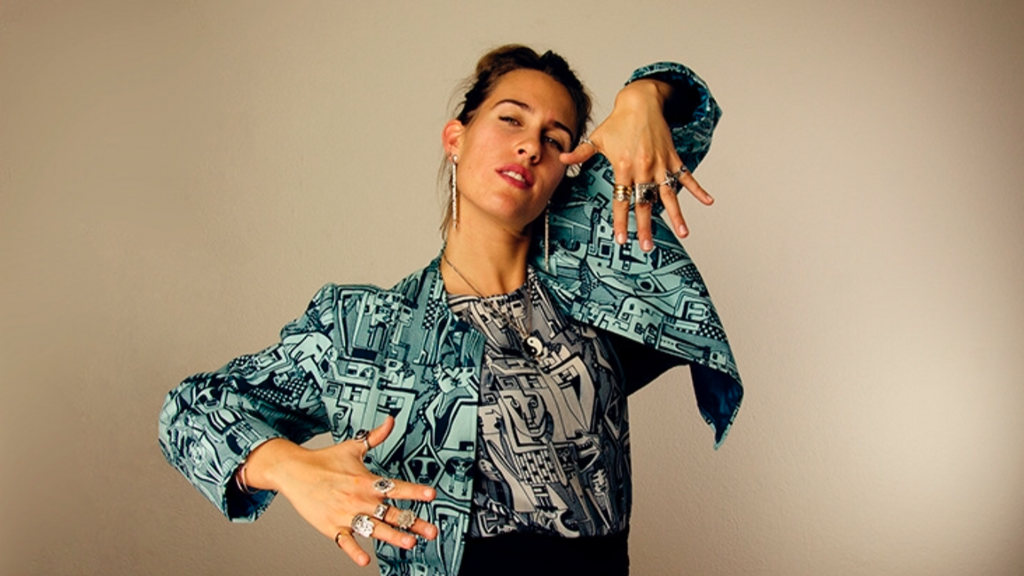 We’ve compiled a list of 5 emerging artists that we believe will continue to spearhead the technique of using textile.

The practice of using textile was invented long ago, in fact, making it one of the oldest forms of human technology. Textile art has undergone a comeback, as artists have pushed the boundaries of what can be considered a textile, as well as how a textile can be considered art. Check out these awesome young artists:

Linea works with conceptual and illustrative art, textile and interior design, and workshops. Through her work she explores relations, behaviours and cultural norms.

Linea was born 1990 and raised in Södertälje, in the outskirt of the Swedish capital. Her interest in communication, social behaviour and cultural norms started at an early age. By growing up with a Romanian father and a Swedish mother (from Kiruna, up north), she naturally got exposed to lifestyle contrasts - which she says, has both enriched her life and ignited her interest in studying how societal norms affect people. Linea graduated from Konstfack University of Art, Craft and Design with a Bachelor’s degree in Textile Art and Design 2017, and has a Foundation Diploma in Art and Design from West London College.

The journey of the two artists began in 2013, while studying together at Textilhögskolan in Borås. With the base and love for textiles they work at the border between both material and design field. The result: LINDE & CARLEFALK design studio.

“We think it is important to show that fashion and design are much more than appearance. Fashion is a great way to express yourself and your values and The Boob collection is one way to do it: Linde and Carlefalk” To support Breast Cancer research, Linde and Carlefalk are going to sell tuttring from Tufta för Tuttar; “Tufting” is an old technique by which they have already created rings out of Dagmars pink ribbon. It is a very good step to spread awareness about breast cancer today and society needs more people like Linde and Carlefalk!

Their latest project - Textile (in)fusion project is on display at Fiber Space Gallery Stockholm Until 03 February.

It may also be possible to interpret freedom in using different forms of art, says Anna Sollevi. Anna Sollevi is a 28 year old textile artist raised in suburbs of  Akalla, Stockholm. She interprets her view of freedom in everyday surroundings.

Often, she works in the combination of varied materials such as textile, sewing, screen printing, photography and media, playing with the digital and analog dimensions. She is a newly graduate from the Konstfack University of Arts Crafts and Design and passed her Bachelor’s degree in Textile Design in 2017. Most of her artwork includes costume, installation and set design.

Born 1982 in Uppsala and raised in Östersund, Johanna Samuelsson lives and works in Stockholm. She has a Master in Textile Design from the Swedish School of Textiles, Borås.

She is exhibiting national and international, recent in Amsterdam at NEU NOW 17, an art festival presenting Europe´s emerging artists. Her work was selected to a juried exhibition at China National Silk Museum. Her innovative woven materials are a part of several material libraries, such as MATERIA and Archello. She received an assistant grant from The Swedish Arts Grants Committee, to work for the design duo Studio Brieditis & Evans. The Swedish Fashion Council awarded her bachelor degree work “Reflection of the sun” for best degree project in textile design. Also the National Association of Swedish Handicraft Societies awarded her work as well as Shenhzen Design Award for Young Talents (in association and cooperation with UNESCO Creative Cities Network).

Emma Nilsson finds it interesting to work with textile patterns for a CHANGE in society. She says, “it’s hard just as hard as painting a picture, in its own way.” An emerging talent in the field of textile art, born in 1990, based in Stockholm and did her graduation in Textile Design in 2017 from Konstfack University of Art Craft and Design, Stockholm. She constantly run into problems that are new to her. She explores how does the pattern work when repeated in a report? What effect does the fabric fall and creasing have? How does it look like in motion? All of this is fascinating to her. Her medium is Pattern, ink drawing and textile art.

A competition encourages young people to explore their creativity, Dominic Rodgers looks at how The Crossway Foundation are helping to bridge important gaps
3 min read

A competition encourages young people to explore their creativity, Dominic Rodgers looks at how The Crossway Foundation are helping to bridge important gaps
3 min read