French painter based in Cape Town. Born and raised in Versailles, Claire Denarie-Soffietti was an autodidactic art student from the outset. After eight years in Barbados and four children , the artist and her husband (an Italian architect) decided to settle for good and now reside in beautiful Cape Town South Africa. Claire Denarie has exhibited on a very international platform. From the Notorious “Sandy Lane” in Barbados with clients such as Pavarotti and Cliff Richards, to the creative streets of Chelsea New York city at Agora art gallery. Cape Town and Johannesburg have also been the home to many of her works. She has had multiple features written on her in Habitat Magazine as well as having seen her pieces in Top Billing as well as House and Garden. She has exhibited in Canada, Montreal, whereby the artist won first prize in “Best international emerging artist of 2013”. She currently sells and is featured on Saatchi Online art . Claire has been exhibiting all over the Western Cape. Namely Franschoek, Stellenbosch , Hermanus and Cape Town..The artist was featured in The SA Institute of Artists & Designers : 3rd Edition of The Collector's Guide to Art and Artists in SA this September 2014. Denarie works have evolved over the years. From depicting quiet moments: serene portraits; a tranquil woodland path; a woman lounging on a chair, to Pink Elephants to Charlie Chaplin’s and Coco Chanels. However, the colours are more intense than in reality, while the compositions are so tightly framed that they become dynamic, and the portrait subjects never reveal all to the viewer. Soffietti’ figures have secrets, and hint at an interior world within the picture frame. It is her wonderfully palpable painting style and bold colour choice that makes the 2D picture world seem more real than our very own. There is this element of distortion evident in her pieces. When asked whether this sensationalizes any particular personal interpretation of the world, and life, this artist always responds: ‘Nothing pleases me more than the grotesque of human nature! I don’t do pretty and I become colour-blind when it comes to pastels and sober colours’. Nature and human nature, for Denarie, are perfect and ought to remain untouched in its finished state. She allows herself to marvel, not to comprehend. The artist admits: ‘I paint to translate the absurdities of my mind, and stop when it fails to entertain me’. 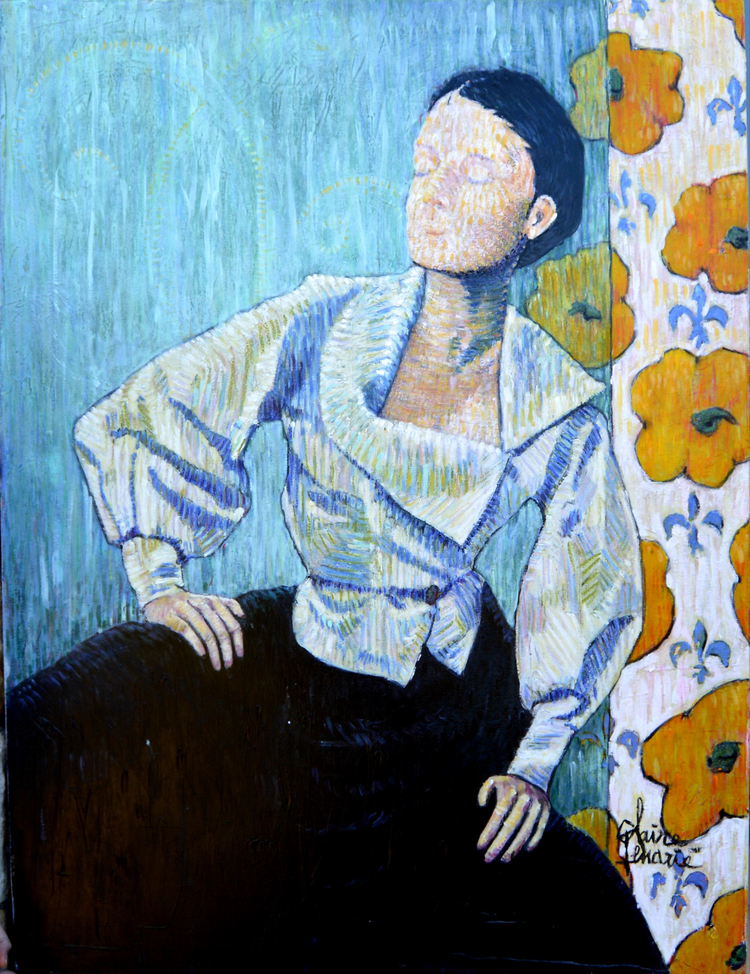 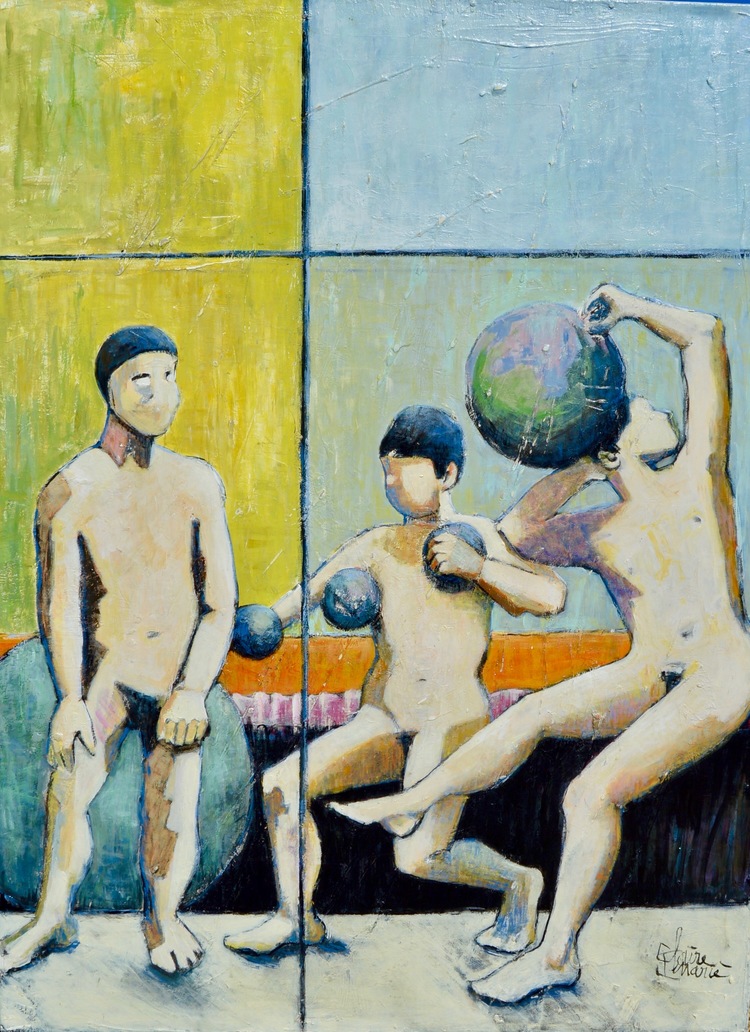 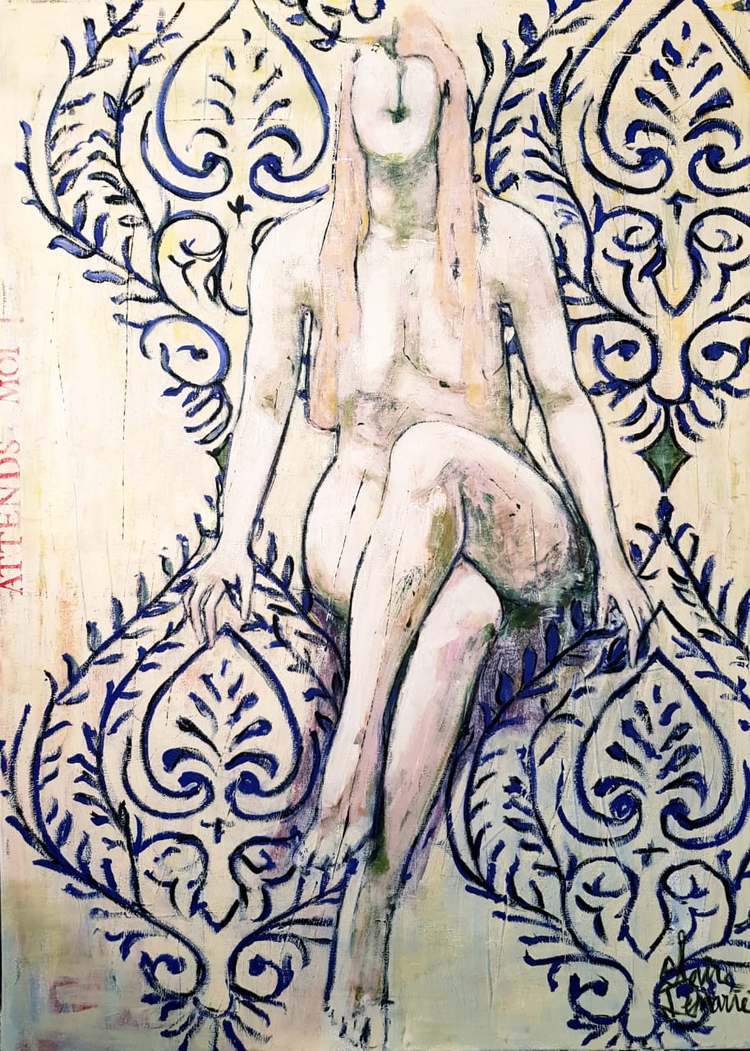 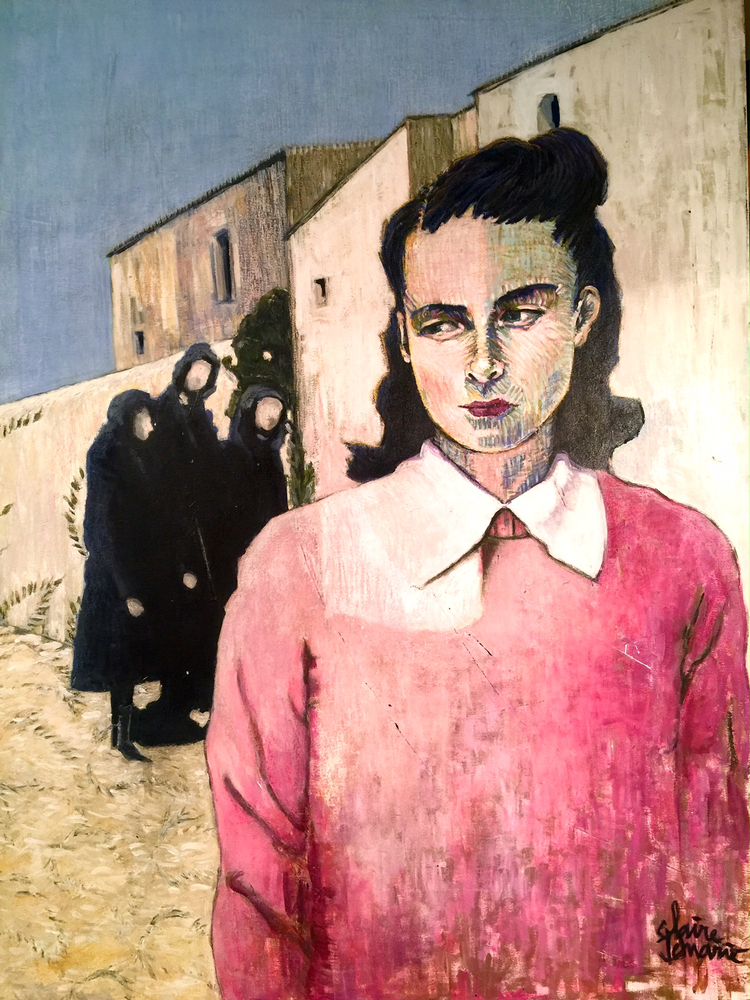 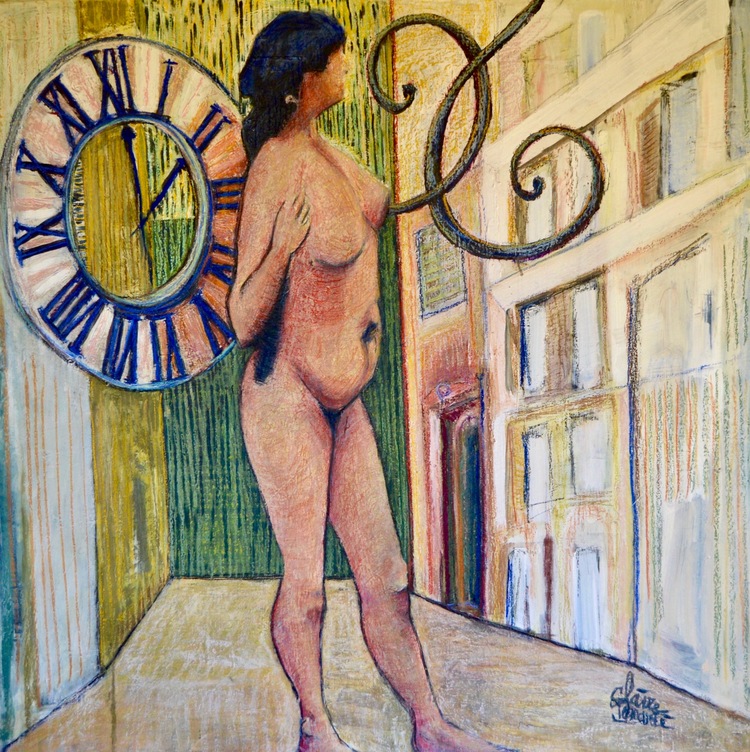 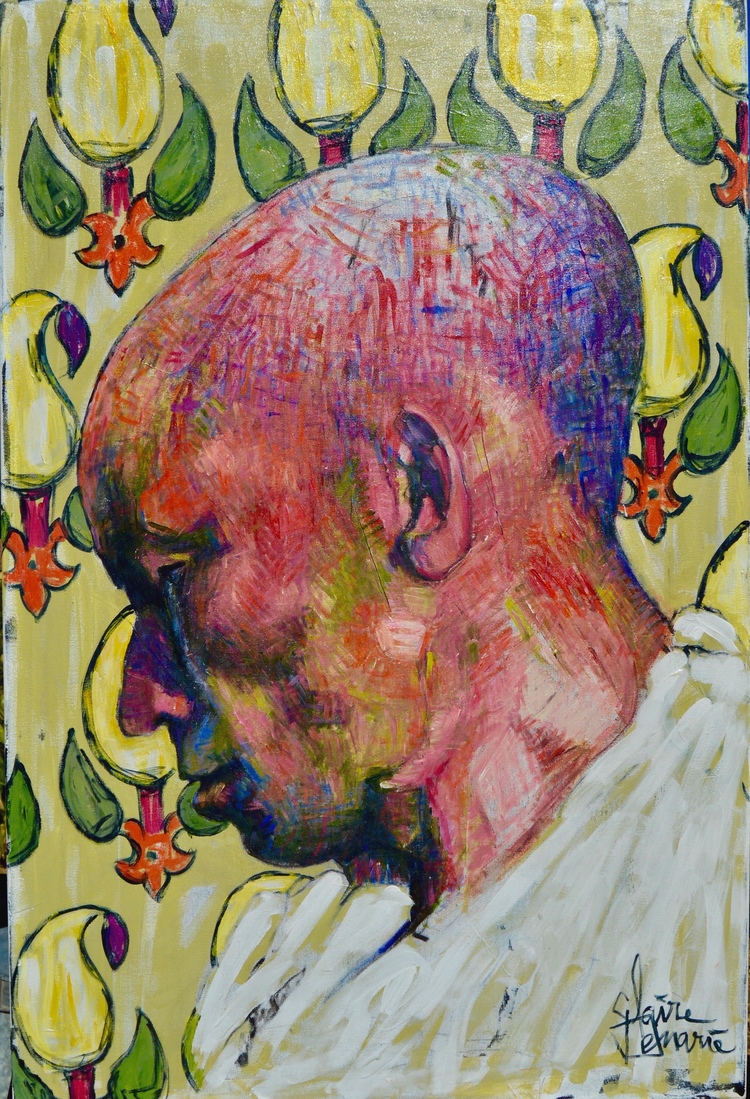