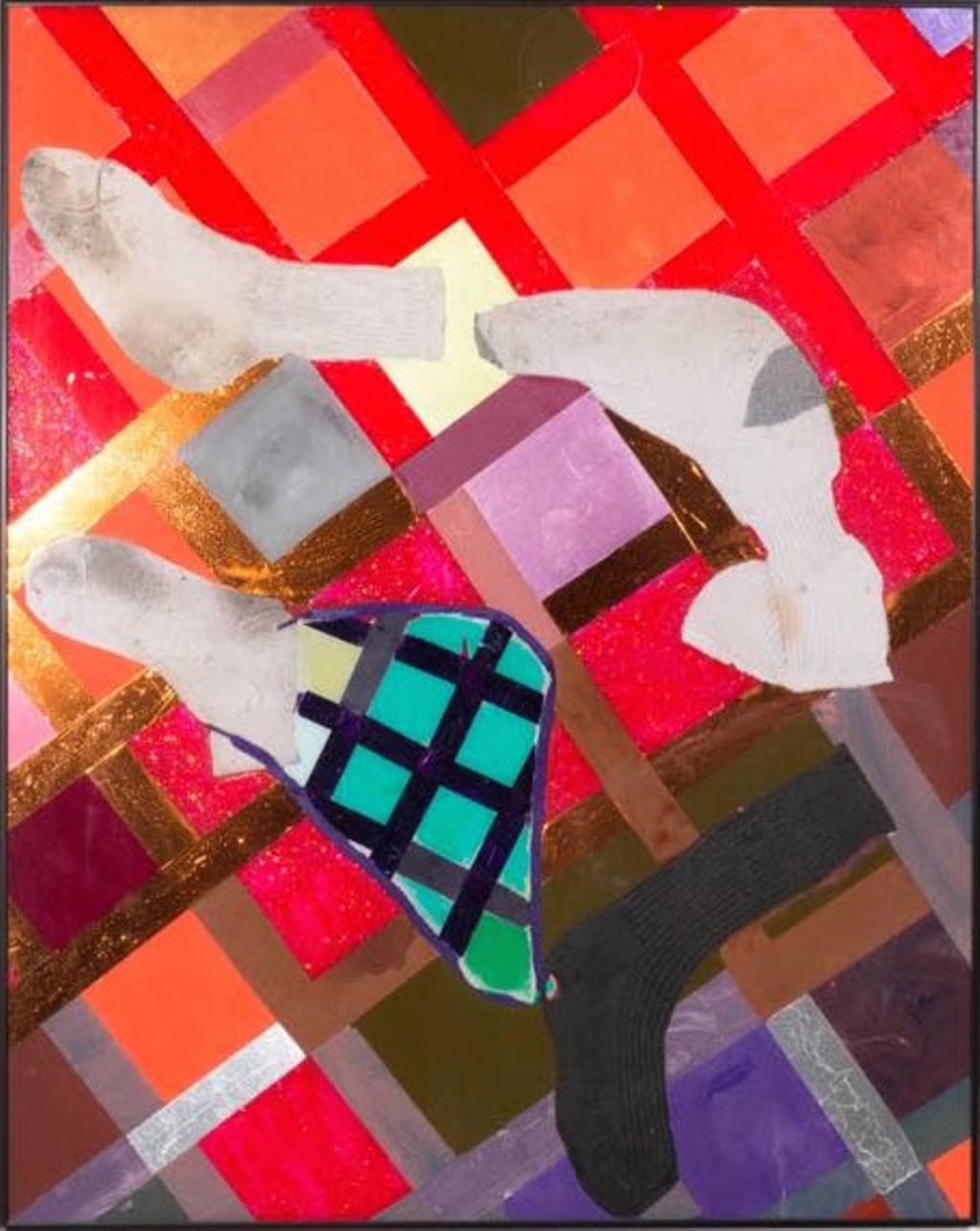 Ended
Show
CDCDDCDCDCDD
ABOUT THE ARTISTS
When the tuning fork is struck it is easier to tune other instruments with its pure tone. Broadcasts by radio and television transmitters, and the sounds produced by electronic beepers and video games are the most popular tone generators. Their resonance is presumably the furthest thing from a pure sine wave at the fundamental frequency than was heard before. Our unconscious sweet spots occur not only in mechanical systems but also in dynamic systems in virtually every area: for example the beating human heart, vibrating strings in musical instruments, and periodic firing of nerve cells in the brain. Let this exhibition celebrate these rhythmic outputs. Brian Belott Ara Peterson Constance Tenvik Steina and Woody Vasulka

Brian Belott (b.1973, East Orange, NJ) lives and works in Brooklyn, NY. Belott's practice encompasses a rich vocabulary of drawing, sound, paper collage and book making (a large collection of which are included in MOMA collection), sculpture, frozen sculpture, painting on glass, and performance. Belott exhibits with Gavin Brown’s Enterprise, New York; Moran Bondaroff, Los Angeles; 247365, New York; LOYAL, Stockholm, Sweden. Most recently a presentation of large scale puff/fan pieces at Frieze London 2016 with GBE. W Magazine included Belott *The Five Rising Artists You Must Know 2016’ in their latest Art Issue. Ara Peterson (b. 1973, Boston, MA) lives and works in Providence, RI. He has an upcoming solo exhibition Nov 18 with Derek Eller Gallery, New York. Peterson has mounted solo exhibitions at Ratio 3, San Francisco and LOYAL, Sweden and John Connelly Presents, New York. His work is in the collections of Albright Knox, Buffalo, New York, Berkeley Museum of Art and Pacific Film Archive, University of California Berkeley, RISD Musem, RI, The Deste Foundation Centre for Contemporary Art, Athens, The Progressive Art Collection, Cleveland, and the Museum of Modern Art, New York. His artwork has been exhibited in The Museum of Contemporary Art, Los Angeles, The Garage, Center for Contemporary Culture, Moscow, Bergen Kunsthalle, Bergen, Norway, P.S. 1 Contemporary Art Center/The Museum of Modern Art, New York. As a founding member of the art and performance group Forcefield (1996-2003), he released multiple records and videos, and participated in the 2002 Biennial Exhibition, Whitney Museum of American Art, New York, as well as What Nerve! Alternative Figures in American Art, 1960 to the Present, RISD Museum, Providence, RI and Matthew Marks Gallery, New York. Constance Tenvik (b. 1990) is originally from Oslo, Norway and is currently based in New York. She completed her MFA in Performing Arts at Yale University in 2016 and BFA at the Academy of Art in Oslo in 2014. Her sculptures, performances and drawings have recently been presented in: her solo exhibition Tween at 6 Month Space, New York; Creeper at Deli Projects, Basel, Switzerland; Game Of Life III, Kristiansand Kunsthall, Norway; Partners, Abrons Art Center, New York; Collection As Allocated Objects, Tidenes Krav, Oslo, Norway; and Tournament d’Objet, Charlottenborg Kunsthall, Copenhagen, Denmark. Steina Vasulka (born Steinunn Briem Bjarnadottir in Reykjavik, Iceland, in 1940) and Woody Vasulka (born Bohuslav Peter Vasulka in Brno, Czechoslovakia, in 1937) Vasulka are early reknowned video art pioneers and sound, light, and image experimentators. The couple met in the early 1960s and moved to New York City in 1965, where they began showing video art at the Whitney Museum and founded The Kitchen in 1971. Steina and Woody both became Guggenheim fellows: Steina in 1976, and Woody in 1979. Together the Vasulkas also worked to develop the Center for Media Studies at the State University of New York in Buffalo. Since 1980, the Vasulkas have lived and worked in Santa Fe, New Mexico where they continue to make work exploring the electronic signal as artistic medium. In 2014, the Vasulka Chamber, a center of electronic and digital art in Iceland, was established at the National Gallery of Iceland. Their work is represented by Vasulka Chamber and Berg Contemporary, Reykjavik.