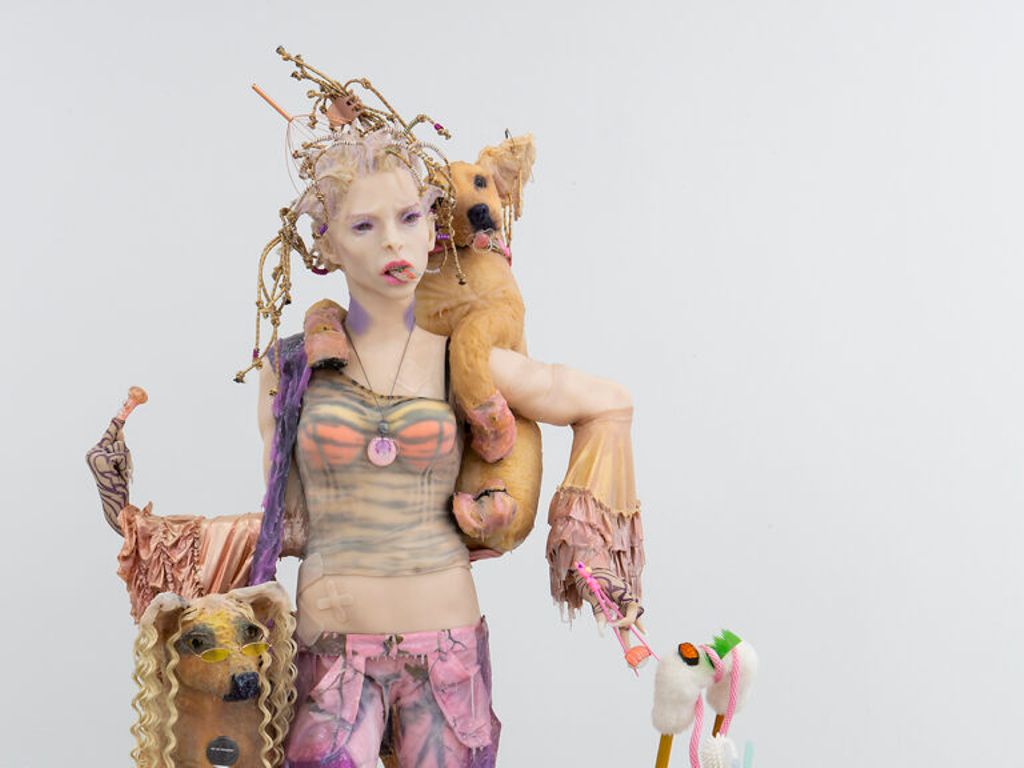 Ended
Show
FUTURISTIC LESBIAN
CAJSA VON ZEIPEL
We are proud to present Cajsa von Zeipel’s exhibition Futuristic Lesbian at the gallery. The opening takes place on Thursday, October 3 between 5-8 pm and the exhibition runs through November 9. Cajsa von Zeipel is a sculptor whose work delves into identity, gender and queerness. She has become known for her white, large-scale plaster sculptures but in her most recent works, von Zeipel constructs her female figures in pastel colored silicone in an evocation of sci-fi and fantasy aesthetics. An assertion of femme visibility and sex positive provocation, von Zeipel’s works celebrate a world of their own creation.