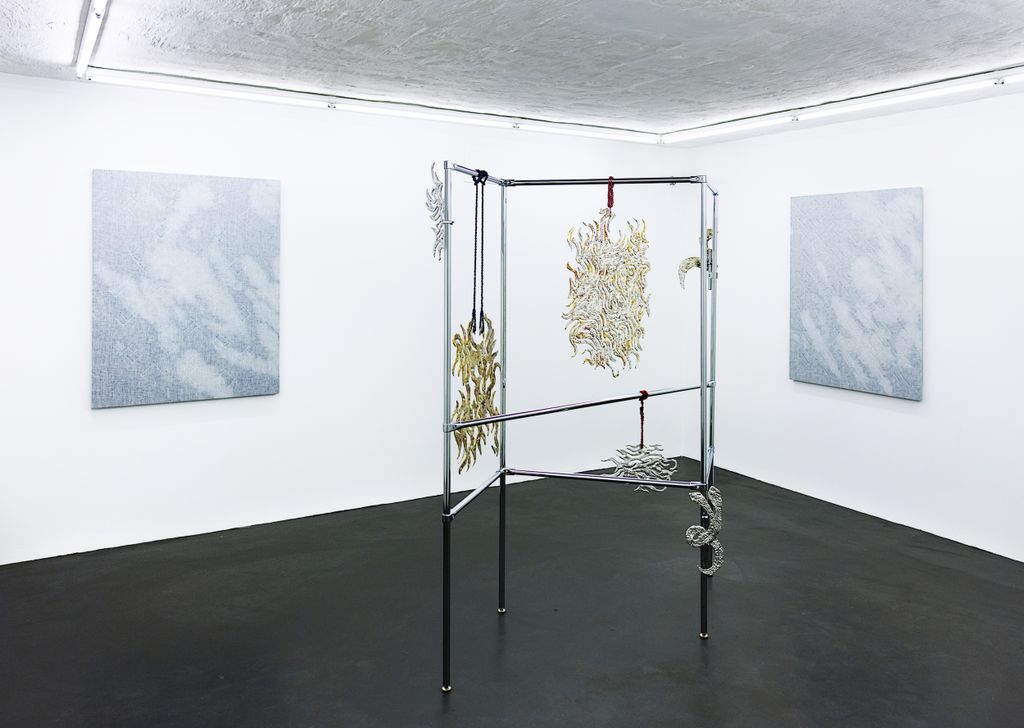 Ended
Show
SETTLE DOWN AND DRIFT OUT
DICK HEDLUND
Elastic Gallery is proud to present Dick Hedlund’s Settle down and drift out. To follow Hedlund’s process and work in the studio is like seeing tricks of the trade of a tailor/painter/archeologist. His process forces him to move back and forth towards the surface of the canvas. This is also something we as viewers of his artworks need to repeat in experiencing them. Hedlund gives us insight into the very fabric and material of his new work presented in his first solo exhibition at the gallery, which is also his debut show. But this is the second time Hedlund has shown works at Elastic Gallery. He was a part of the group show post-excavation together with artists Emanuele Becheri and Lea Porsager in August 2014. Seeing Hedlund ́s work for the first time, in his studio in the spring of 2012, was like experiencing a new way of making work. I approached it as painting but had to alter my vantage point in order to understand what it was I was standing in front of. Or maybe not in front of, but rather from behind, under, inside and yes also 'in front of'. I had to refocus on the surface. My interest in how an image and artwork is constructed, is an interest that arguably both Hedlund and I share. The artworks' material and fabric with its' building blocks and processes of reshaping material into a new form or surface. At that time Hedlund also presented a series of sculptures with the kind of heavy duty straps used by freight companies to secure cargo. One of them had straps trapped in a frame or as in the work presented in the group show post-excavation hanging loosely and casual on a strict steel frame. By looking back at Hedlund's MFA-show at Malmö Art Academy in 2016, entitled pareidolia, we might find a way to approach his work. The title comes from the phenomena where mind and experiences in life make us see meaning in shapes like rocks, clouds or other materials in nature. Your eyes might see material but your mind tells you otherwise: shapes, motifs, signs or even letters and language.