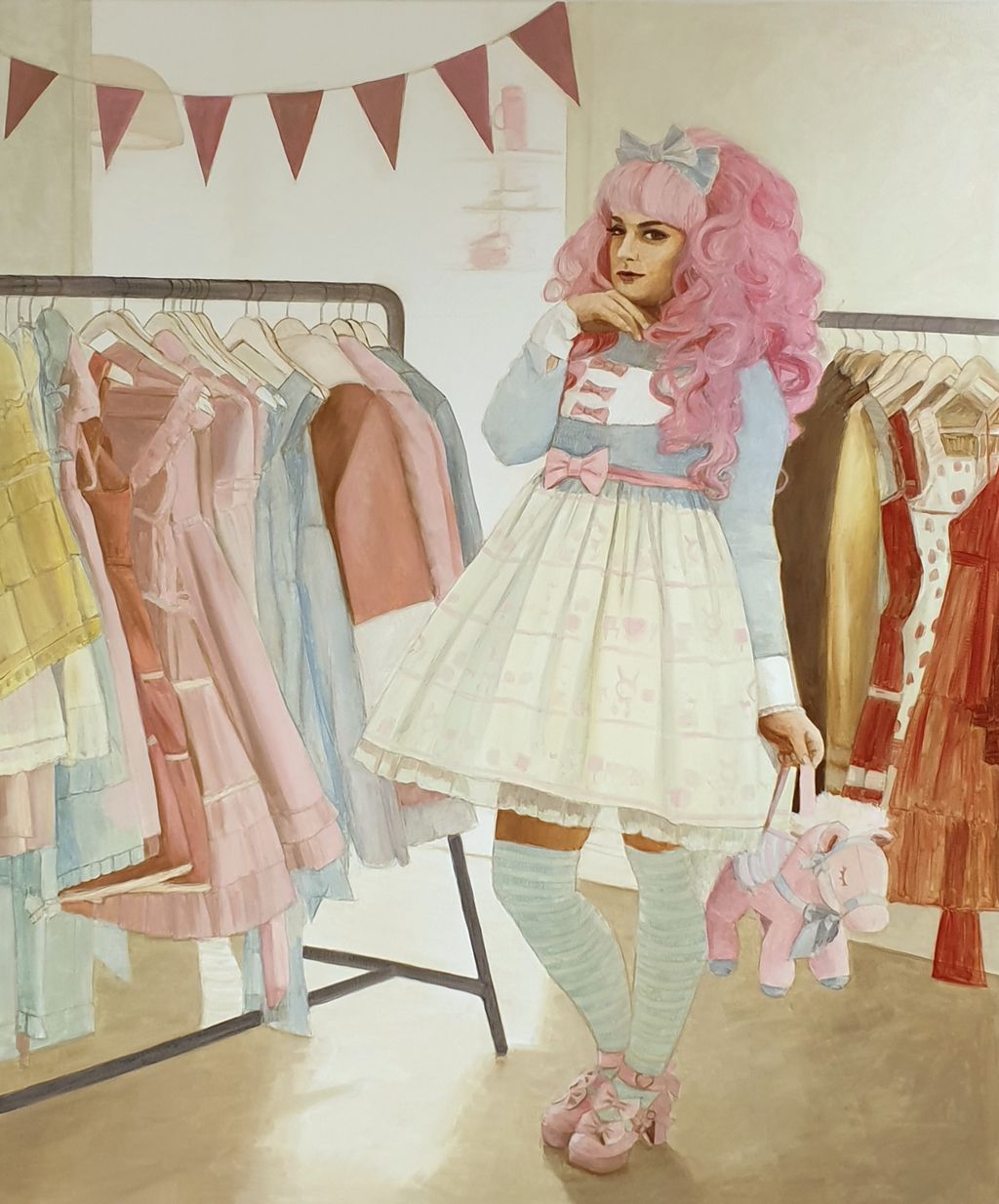 Ended
Show
THE SWEETEST CUTEST CLOSET
7 artworks for sale
Art
Ulrika Wärmling
Domeij Gallery has the great pleasure to present Ulrika Wärmling's second separate exhibition at the gallery. For more than 15 years, Ulrika Wärmling has been painting local representatives of Japanese Lolita culture. Lolita is a Japanese fashion that draws inspiration from an idealized image of Europe during the 18th and 19th centuries, but has spread throughout the world. At a fleeting glance, their clothing interest can be regarded as somewhat superficial. In fact, each garment is significant and its bearing could be seen as a kind of art performance. The artist, in confidence, becomes a viewer of a fashion meant for the aware, the own gaze and the friendly gaze. Then the artist invites the art public to let us reflect on how we look at and value the female coded, what we call stereotypically girly and cute in today's society. In this new exhibition, she shows new paintings where the models are surrounded by their clothes, cute accessories and animals. Ulrika Wärmling is educated at Kungl. The Stockholm School of Art, has previously exhibited at several major art fairs abroad, for example, several times at the Armory Show in New York and at various art museums around Sweden, by 2018 she had a separate exhibition at Norrtälje Art Museum.