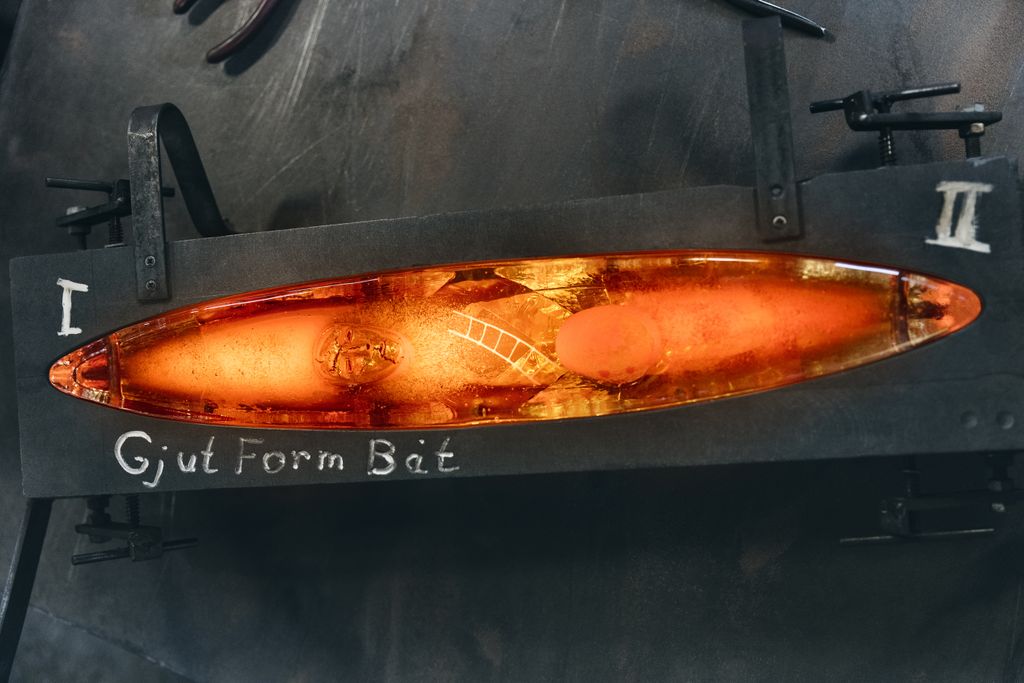 Ended
Show
UNDER THE SURFACE
ART
BERTIL VALLIEN
If you ask anyone from the older generations who Bertil Vallien is, they will tell you he’s a huge celebrity. “He’s known internationally!” they’ll say. But if you ask anyone of a younger generation they will most likely be completely clueless. “Never heard of him” they’ll say. It’s true though, Bertil really is an A-lister to a huge chunk of the Swedish population. And we don’t just mean in the art world. His aesthetics have become deeply cherished by the public and his glass art can be found in many Swedish homes. His detailed, colourful (often blue) and un-scandinavian work is easy to spot. Even if you don’t know him by name, it’s possible that you’d still recognise his strokes. But at Spritmuseum that’s not at all what you should expect. Walking into this exhibition is like walking onto a mysterious spaceship. A dark and minimalist hall with intense spotlights narrowing down on each piece. The works of glass are pitch black and melancholy - a completely unknown side of Bertil. Under the Surface at Spritmuseum is an other-worldly experience. Dark, intense and incredibly fascinating. No matter the age, you’ll leave thinking you’ve seen something you didn’t expect to see.