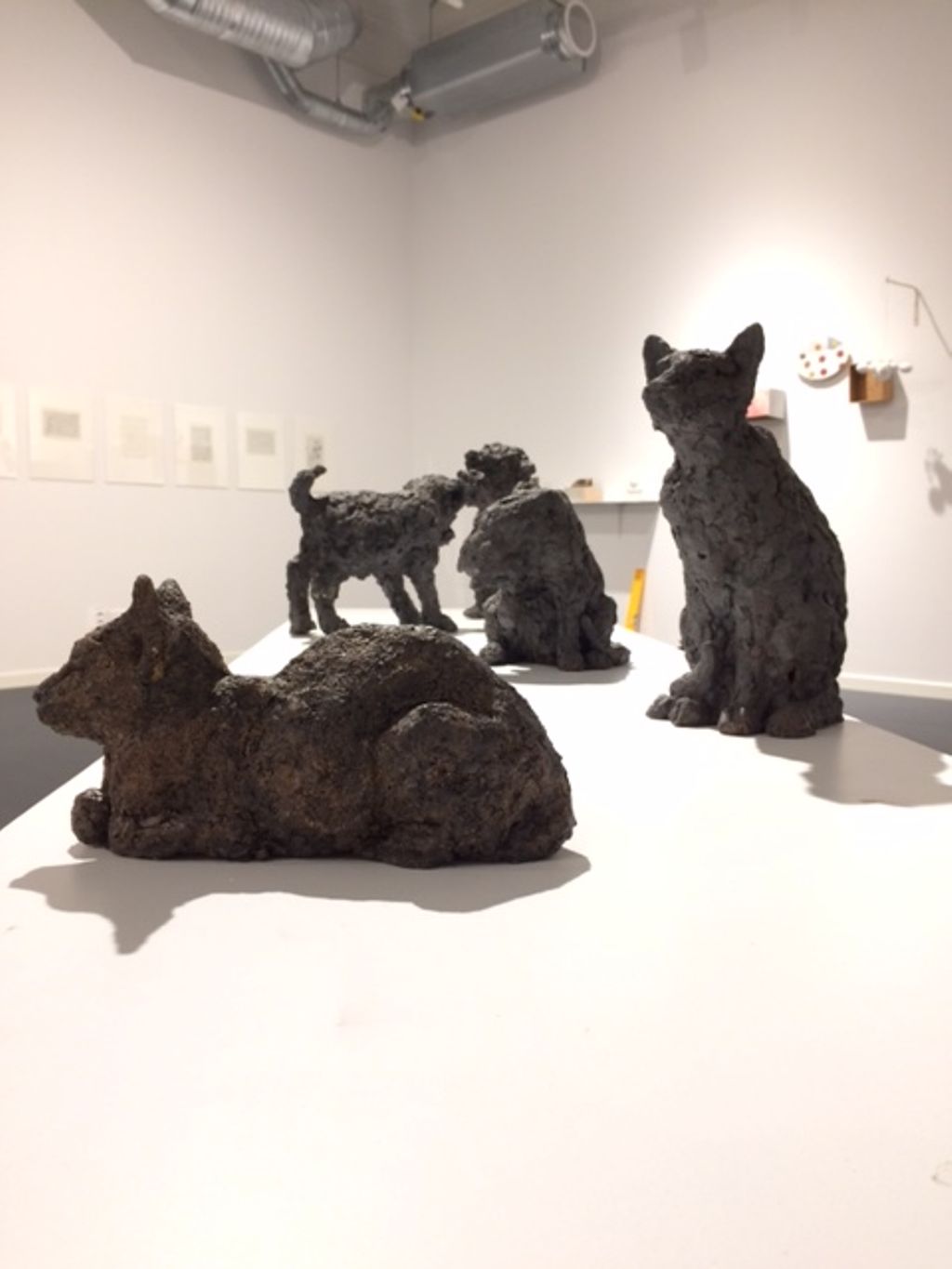 Ended
Show
HERMINE KELLER & STIG EDLUND
ART
ABOUT THE ARTISTS
Stig Edlund shows collages and objects. His collages are often made from pictures, postcards, older artworks assembled into new images. He picks up trash and fill it with meaning, seeing these things as something in itself, but still unfinished. Round shapes are used frequently and becomes a balancing act, random control process that also becomes a visible part of the artworks. There is a tenderness for materials and a permissive playfulness with references to PO Ultvedt that simultaneously reflects man's fragility facing life terms. Hermine Keller shows sculpted animals primarily cast in bronze. She sketches from live animals then carving rough and where the roughness becomes synonymous with a simplicity that shows the strength of her expression. A dog that rolls around describing different states of joy, lightheartedness, wills or striving for something. Hermine depict something that she had seen, with sensitivity and commitment to shape something living and individually.