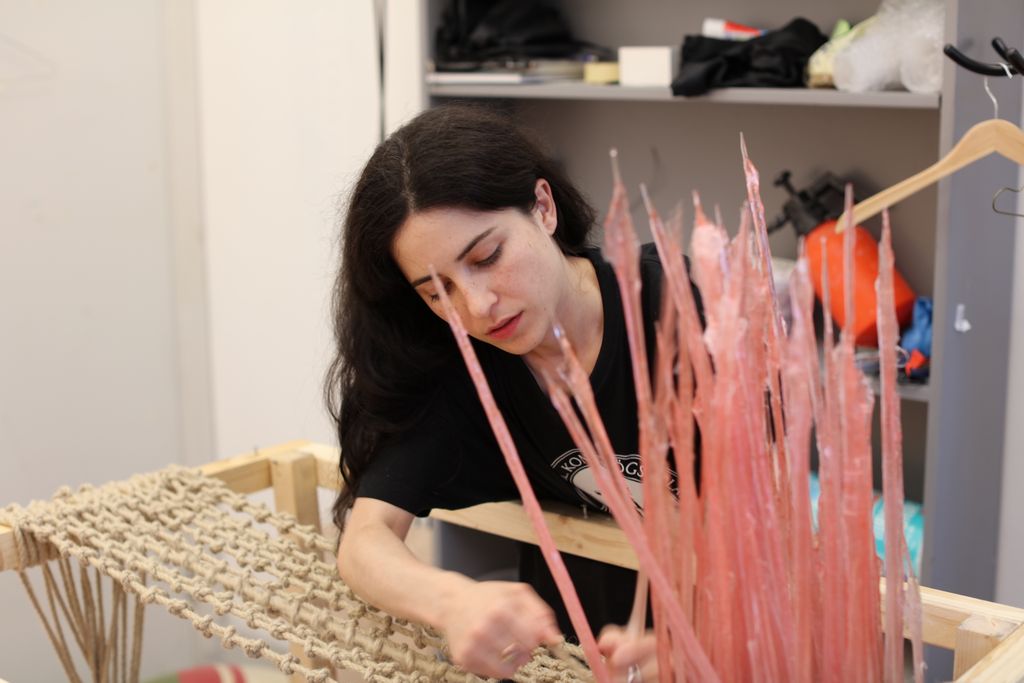 THE LOVE AFFAIR OF FASHION AND ART

Artworks spoke to Stockholm-based artist Gabriella Loeb who's artistic career started off as an obsession for creating clothing but has today developed into a progressive, kick-ass artist with exhibitions in Stockholm and Los Angeles.

Birthplace Miami, but now a Stockholm resident, tell us your story?

Well, I’m a American Cuban, Jew born in Miami and now a Swedish citizen. I moved to New York from Aspen, when I was 18 to study fashion and after five years of non-stop work, Sweden was in the cards and became desirable for its slow pace.

Initially, you were on the fashion path - you started off with a degree in Fashion Design in New York, what was your plan?

I actually don’t have a degree, I studied three years and dropped out because I was offered a job as a design assistant. My plan was to make couture clothing which was probably a bit naive for Sweden. I had an idea of some bizarre, eccentric customer type who would only wear couture and flood other peoples apartments in champagne, someone like Daphne Guinness.

So when did you know that you wanted to be an artist? Why did you start by tapping fashion instead of art directly?

I wanted to do something different as both of my parents work with art. Fashion was a complete enigma for me at the time and maybe in a way it moved me more than art. I was obsessed with learning how to create clothing and then when I finally could I became interested in working with other materials. In the end, I realised I was only interested in dressing myself, thats where my interest has always been.

You look nice, what are you wearing today?

Thanks! My Kungliga Konsthögskolan working t-shirt, a pair of black jeans that I made myself with leather appliqués and buckles that I took off of a pair of Dolce and Gabbana trousers and just these old Balenciaga derby buckle shoes.

Seeing your resume, there are 6 years in-between the two degrees, what were you up to?

When I was living in NYC I was working with fashion full time. When I moved to Stockholm I setup a studio in a collective with a few others called Tropiska Föreningen where I was working on my own art.

We understand that the classic love-story influenced your move to Stockholm? Is it still the same person? Was it an easy decision?

That classic love story ended in betrayal and divorce but, I’ve learned that something has to die in order for something new to live and, I couldn’t be happier.

Your time at Mejan (The Royal Institue of Art in Stockholm) is coming to an end? Are you planning to stay in Sweden?

I’m moving to New York for a bit in October but, I will still keep my studio here in Sweden.

How would a good friend of yourse describe your artistic style?

No clue, maybe as something classic and something aggressive, deceptive yet not too obvious. I would call it "fuck you timelessness".

What aspect of your working process gives you the biggest thrill?

After you’ve been in the studio day in and day out not knowing what you are doing, experiencing failure after failure and then some unexpected luck happens. When all the pieces finally come to together and you can’t stop.

Can you describe your working process and talk about your way of using the studio?

My work is very physical, time consuming and now toxic, considering my newfound love for plastics. I work with plastics in a very non-conventional way. I use polymers differently from their intended applications but, it works! I spend hours in the plastic studio soaking, dripping, hanging material from grid covered tables and scaffolds.

How do you come up with titles to your work?

Titles are usually a result of what I’m consumed by in the moment, what I’m hearing, watching, experiencing. Most of the titles have to do with an idea of transformation. I’ve used lines from the bible and referenced mysticism in Baroque sculpture.

Who do you think will buy your work? Who is your stereotype customer?

Someone with an interest in sculpture, materiality and who has a lot of space.

So what kind of pieces are you working on at the moment?

I’m continuing to make polyester spikes, hundreds of them, hung from the ceiling by ropes and electrical cords. The pieces have a sort of mechanical quality which enables them to move in different ways. I’m also using color for the first time, this is all very exciting!

Do you also collect art yourself? Or maybe a fashion collector?

Art-wise I have pieces from my good friend Linnea Sjöberg and the very talented Johan Berglund. Fashion-wise I have a lot of going out clothes from my years in NYC. I used to go to a lot of sample sales and get really lucky with designer clothing because I am so small.

During what hours of the day do you feel most inspired?

Usually in the morning, and late at night when it gets very quiet.

Do you listen to music whilst working?

Yes, to keep the energy up!

And finally, for us dreamer out there. What is the coolest thing being an artist?

You can do whatever you want! 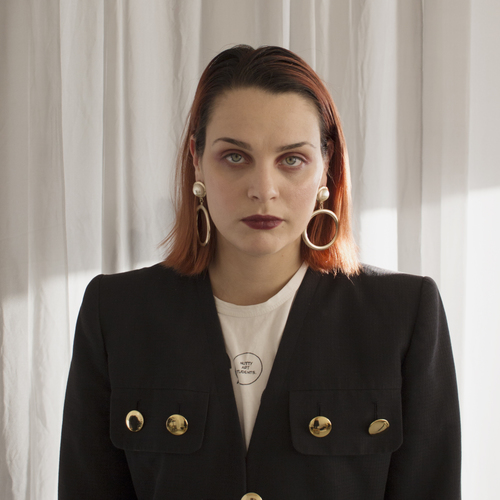 Before you can say Hilde Retzlaff

Artworks had a word with the artist Hilde Retzlaff about her work, her current show at Bonniers Konsthall but also about her hunger for fashion.
3 min read 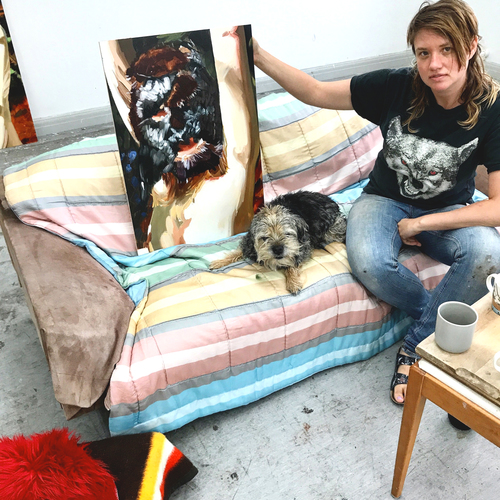 Into the wild with Sara-Vide Ericson

Sara-Vide Ericson inhabits the art world's gifted and cutting edge, creating electrifying and often hot-blooded paintings. She describes herself as a lone wolf who enjoys getting drunk and who never backs down for a grabble. We got intrigued and came by a chance to sit down with the artist for a Q&A session.
7 min read

Before you can say Hilde Retzlaff

Artworks had a word with the artist Hilde Retzlaff about her work, her current show at Bonniers Konsthall but also about her hunger for fashion.
3 min read

Into the wild with Sara-Vide Ericson

Sara-Vide Ericson inhabits the art world's gifted and cutting edge, creating electrifying and often hot-blooded paintings. She describes herself as a lone wolf who enjoys getting drunk and who never backs down for a grabble. We got intrigued and came by a chance to sit down with the artist for a Q&A session.
7 min read