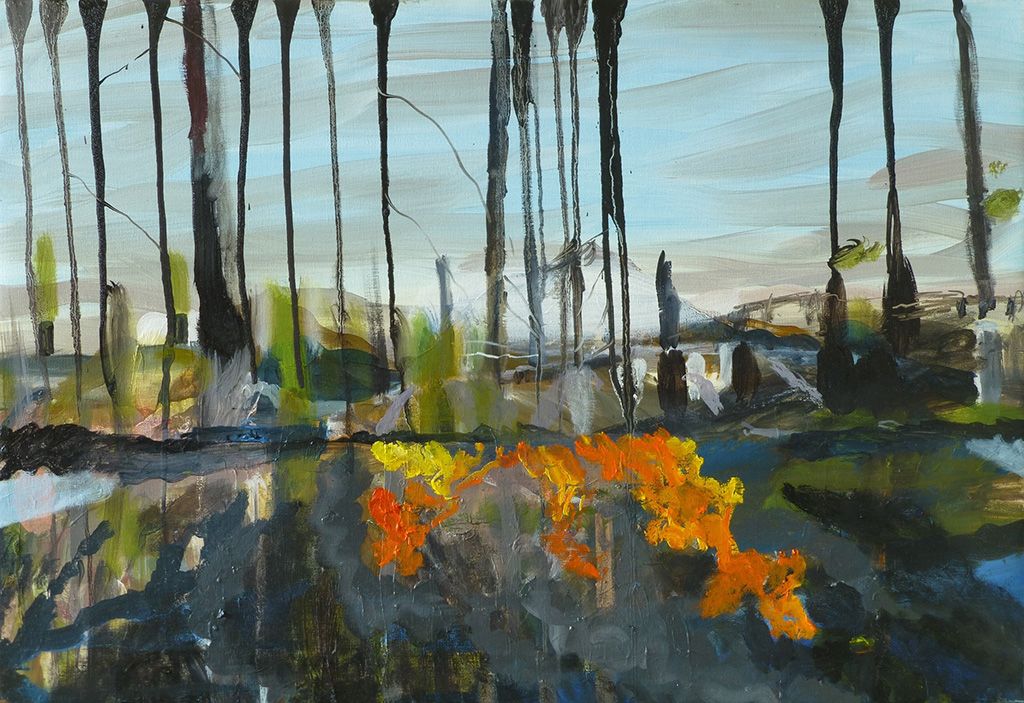 Ended
Show
DETTA ÄR FÄRG OCH FORM
Märta König
One early summer morning Märta König woke up in her apartment in Rågsved, Stockholm. Three cars were on fire in the parking lot. A huge cloud of smoke poured over the area, and on the balconies stood the neighbours in their pyjamas. The situation intriged König as it reflected on her own, then, life situation. Later, a hilarious afternoon at Mariatorget in Stockholm, König noticed an advertisement with the text 'Form and colour' and ended up in a similar sense of influence and reflection. The third component in a sense of generalisation was the autumn's exhibition of Japanese art at the Nordic Watercolor Museum.