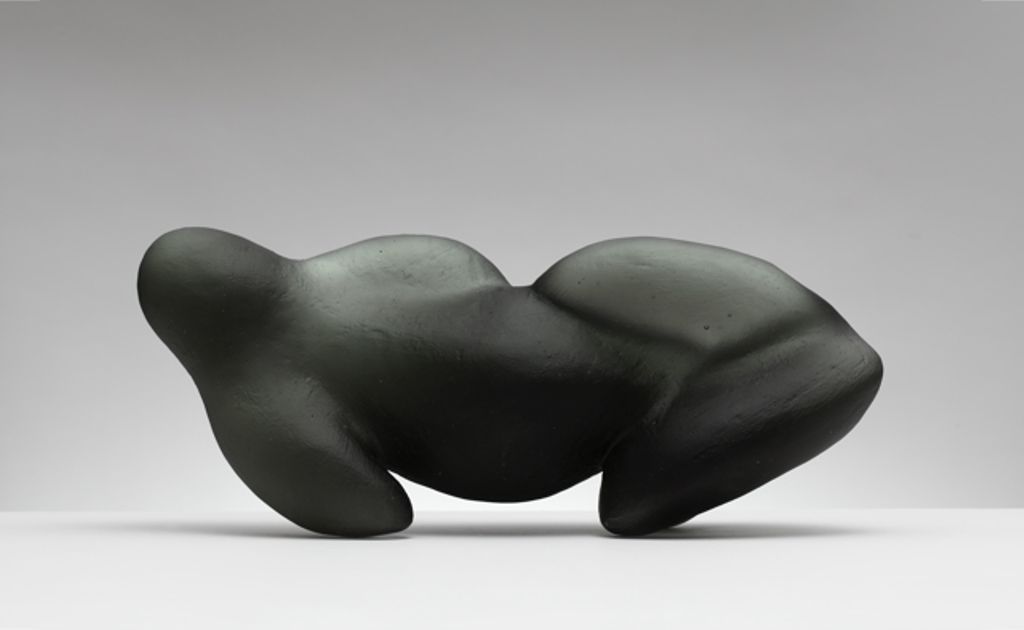 Ended
Show
VEM ÄR DU?
27 artworks for sale
ART
LENE BØDKER
After working for almost four decades, Lene Bødker’s artistic craft has adopted a new focus. She used to make planned and non-figurative work, but since 2014 she has employed an intuitive and listening method. Who are you? is a suite of powerful, painful, beautiful and figurative pieces in cast glass, each with its own personality and identity that imbues the collection with a special significance. Lene Bødker is the recipient of many awards, including the prestigious Japanese Kanazawa Glass Award, the Grand Prize. THE WORK Who are you? is a suite of figurative glass sculptures made from 2014–2017, following a period of illness. The pieces are a striking deviation from Lene Bødker’s former artistic approach and have an expression that conveys both fragility and weight. They are painfully beautiful, mysterious and mythical – and powerfully moving. The tone also offers a note of hopefulness. The suite poses questions about identity – of the artist, the work and the viewer – and is thus open to interpretation. There are clear references to the time after the Fall of Man, when Adam and Eve were banished from Paradise and had to survive in accordance with the conditions on Earth. To some extent, the collection is about becoming an adult and taking responsibility for the small child we all have inside. Here comes a new, responsibility-charged era that is both more challenging and more lovely than what used to be. The Technique Lene Bødker works with a method that combines a variation of the cire perdue bronze casting technique, and a technique for blown glass. First, she shapes a clay model, and then a silicone mold to go over it. She casts a wax model inside the mold, which she covers in plaster. The wax is melted out of the plaster and the glass for a massive sculpture is then cast inside the hollow from the original model. Bødker also uses a method that involves blowing colored glass into a handmade, single-use mold. When the objects are cool, they are cut down and sanded. A particularly special method for Lene Bødker is that she often refines her pieces with a hammer before they are sanded and polished – despite the fact that this is a risky process. The Process The pieces in Who are you? comprise a drastic departure from Lene Bødker’s earlier artistic approach, especially with regard to how the work is created. She used to make non-figurative pieces that were carefully planned, but an illness forced her to open up to new ways to create. It is a highly intuitive work method that involves trusting the creative process, the artwork, and even the will of the object itself. In conjunction with an exhibition, she began asking of her pieces: What is your name? Who are you? And she noticed how the work responded – with a word, a song or a name. This response gave the work a new meaning, a significance that was at times entirely unexpected. A clay model had difficulty standing up, but when it revealed its name, Lene Bødker understood that it should be recumbent. Another revealed itself to be a well – a metaphor for water and purification. We are baptized in water, but we can also drown in water, and both phenomena entail change. Allowing it to happen, and trusting the creative process, her artistry and the pieces themselves became central for Bødker. Objects are rewarding in many ways – especially because too much speculation can delay or even prevent the artistic process. “One way to describe disease is that you lose touch with God – you feel abandoned and forsaken. After an illness you have to stand up and take responsibility for your own actions and the small child you have inside,” says Lene Bødker. “This is a major theme for me and I can see now that it is a process that has included doubt, struggle and love.”